Kingfisher Nurse, Naomi Bailey, has been recognised by her borough for her outstanding contribution during the global pandemic and received a Borough of Broxbourne (BOB) Award. Naomi is a registered nurse at Kingfisher Nursing Home in Cheshunt and has been with us since late 2021. In the short time she has worked at Kingfisher, she has made a significant difference to our home’s dynamic and has positively impacted our residents’ lives.

Naomi was nominated for her altruistic attributes. Councillor David Taylor, Mayor of Broxbourne, said: “Naomi Bailey is a nurse at the Kingfisher Nursing Home in Cheshunt, and received an award after going above and beyond the duties of her role.”

The nomination was made outside of Kingfisher Nursing Home, by a follower on Facebook. The Mayor of Broxbourne was watching his feed on Facebook and found the efforts of Naomi inspiring during the pandemic.

Naomi attended the 2022 BOB Awards ceremony with a loved one, which took place on Friday 18 March at the newly-refurbished Spotlight Theatre in Hoddesdon, Hertfordshire.

Winners included individuals and local organisations who have gone above and beyond to greatly improve the borough. Special emphasis this year was placed on those who have had a positive impact during the pandemic.

Naomi Bailey said: “I am surprised to have been discovered through Facebook and feel honoured to be recognised as someone who has made a positive impact to my community.”

Rosie Monger, the previous Home Manager at Kingfisher Nursing Home when Naomi received her award, said: “My team and I are very proud of Naomi’s achievement. Her involvement was integral to our home during the pandemic and we believe that she is very deserving of this award.”

Naomi is just one of the many high achieving members of staff at Westgate Healthcare. Throughout the start of the year, many of our Westgate Healthcare team members were recognised as team players and others completed courses which were recognised. We applaud Rosie (Home Manager) at Chestnut Manor Care Home, Pete (Regional Maintenance Manager) who works across the group, Sonam (Healthcare Assistant) at Hampden Hall Care Centre and Liviu (Healthcare Assistant) from Byron House Care Home for going above and beyond in their roles at our homes. Click here to learn more about our award-winning care homes. 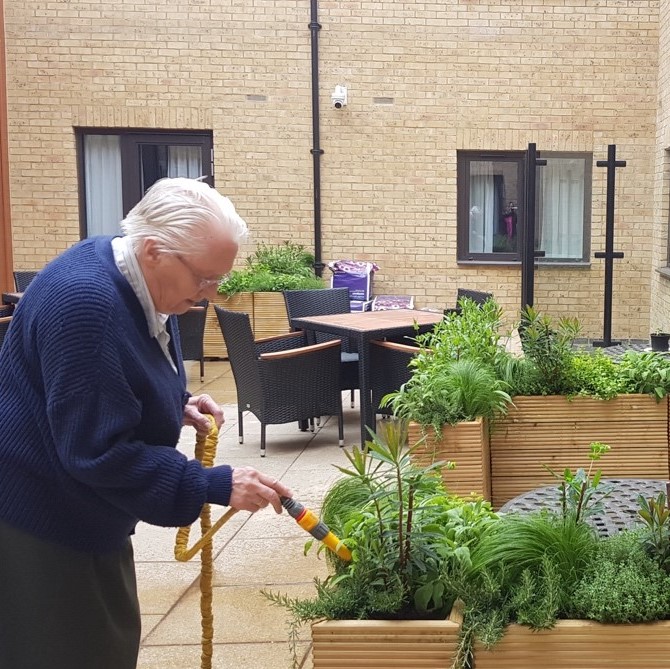 Sr Frances, a resident at Chestnut Manor Care Home in Wanstead has volunteered to enrol into an init...